Hereby we would like to announce the film première of the Textiel Factorij, in which Jenne Sipman and Shradha Jain visited various Dutch artists and designers working with Indian craftsmen on location. They retraced the way Dutch designers and merchants worked with local craftsmen, like in the 17th and 18th century.

The film gives us a historical perspective, but also highlights the current situation, telling us about how these century old crafts are passed on from father to son.

The documentary was made on behalf of the Textiel Factorij with the generous support of the Mondriaan Fund and the Creative Industries Fund NL. 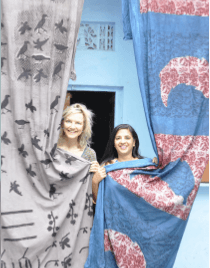