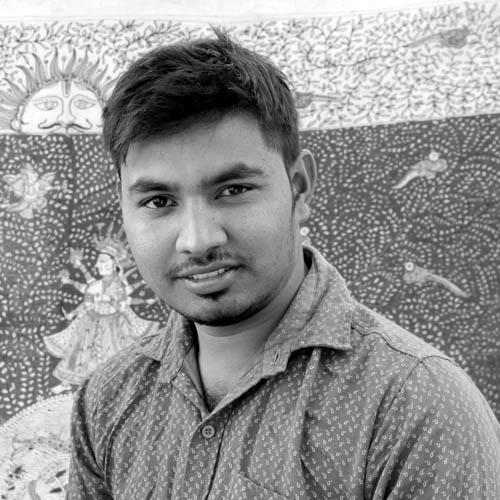 Kirit was born into the Chitara artist family on the 20th of January 1991.

When he was a child and still went to school, many people from all over the world came to work with his father, Jayentibahi Chitara, who was one of the few artists still left knowing the craft of mata ni pachedi. Nowadays only the Chitara family still practices this trade.

Kirits father was a master of his art, holding workshops at famous textile colleges like the NID in NIFD Ahmedabad, NIFT Gandhinager, MS University Baroda, NIFT New Dehli, Bandnera and Kashipur (Uttarachal). He has also worked with international students from Germany, USA, Japan and Australia. His work was featured in the BBC2 (UK) series Hidden Treasures of Indian Art in 2011.

Already during his school years, Kirits teachers realised that he was a great talent, and supported him and his family and sent his paintings to the (award)… and it was selected as the first prize of all India. In 2005 he gained the Best of the Child Award. But still Kirits family was very poor at that time. So Kirit saw a great potential in the uniqunes and popularity of his fathers craft, and decided step in his fathers foodsteps.

Since graduating from Sajhanad College/Ahmedabad in 2014, his aim is to carry on the craft and to make the art of Mata ni Pachedi better known and to grow his family business/craft by working with artists and designers from all over the world. 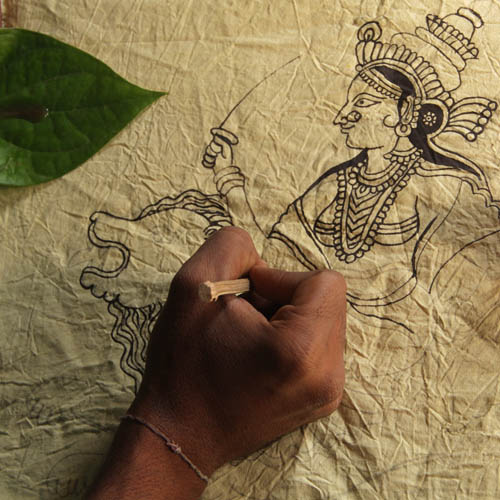 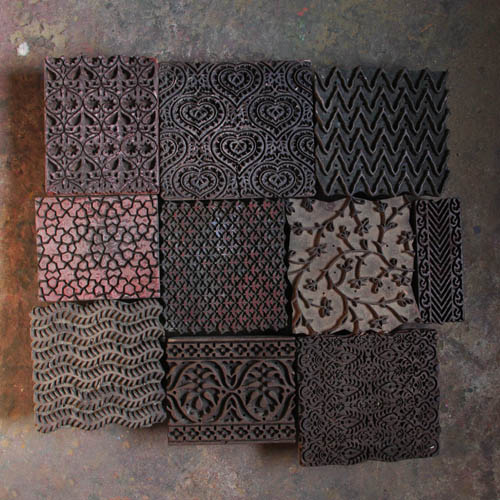 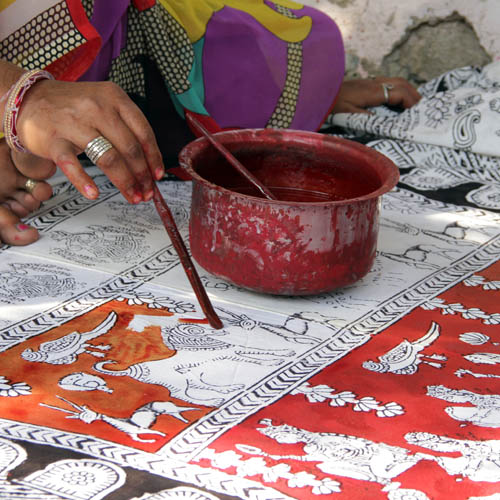